Art & Design: The Road Less Taken or The Rise of Art Education?

It is not uncommon where parents and students hold stereotypes and conventional point of view about typically-assured career choices. Jobs with higher-than-average steady income and those with titles that are traditionally respected such as accountants, lawyers and doctors are still at the top of their preferred list.

Being an artist used to be too much of a dreamer for most people, especially parents but the demand for creative talents in today’s job market has changed due to the shift of the economy.

Ralph Waldo Emerson once said, “A creative economy is the fuel of magnificence.” The significance of the creative economy is creating a climate in which creativity and innovation are highly demanded in the job market. Traditional positions were redefined, carved out or evolved into new roles and titles. Some designations are even unheard of until the turn of the century. The birth of game designers, creative directors, interaction designers, interactive media producers, and digital content strategists, for instance, are at a relatively young state in the industry. Some of which are probably as young as the invention of the Internet.

In Malaysia, there are about 11,000 professionals in the local creative content and technology industry today according to an article by the Malaysia Digital Economy Corporation (MDEC). Most of them are involved in key creative segments such as animation, games design, visual effects, new media and content-enabled delivery platforms – and companies in this space exported RM1.2 billion in 2016 alone. The animation sector for instance, garnered RM187.7 million market revenues in 2016, translating to an estimated 11% boost from 2014 to 2016.

So, as competition in the industry is getting ever demanding, how can education help to contribute better creative minds for the future? Contrary to giant education groups that operate like business corporations, independent boutique schools too are working towards this creative niche, for instance, Dasein Academy of Art that has 21 years of education and creative excellence.

So if all of this sounds like a true calling for you, where would you start? Well getting a dream job starts with getting real. Having the passion and the interest for one’s dream job is a good start, but choosing the right education plan will also ensure a better success, where one’s full potential is unearthed and nurtured to match with insightful tricks of the trade. 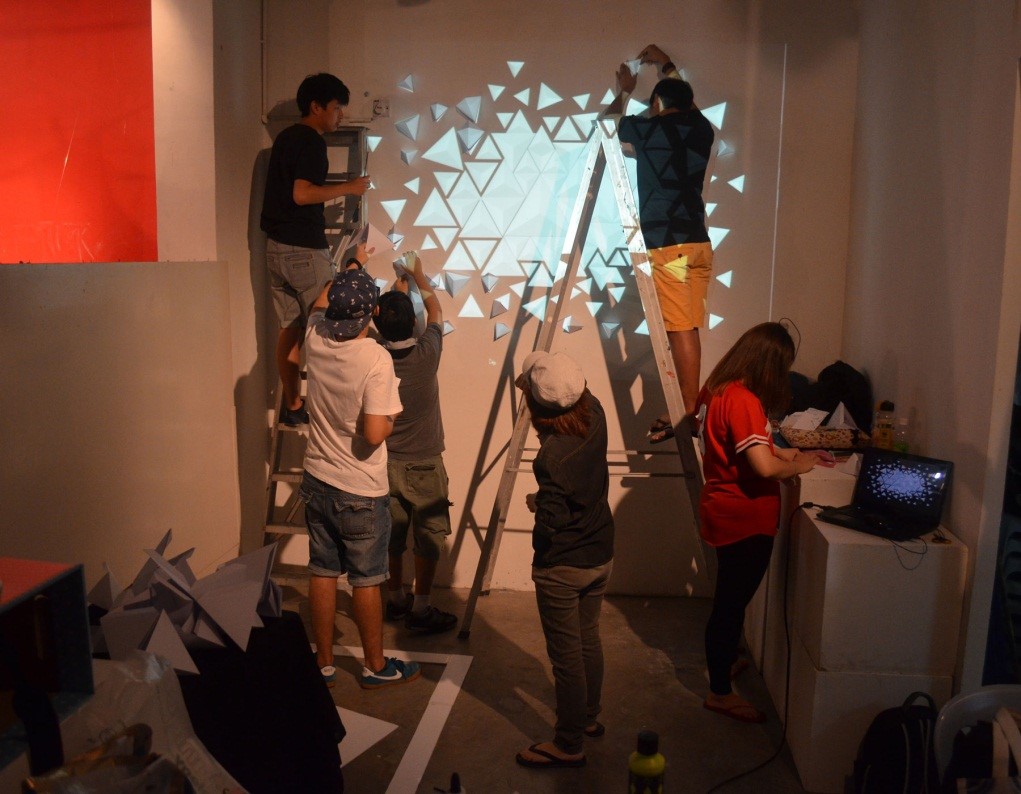 Digital Media student from Dasein Academy of Art are doing their project.

This is the case for Dasein Academy’s Digital Media students.

For every project, it boils down to how smart the idea is that really matters, not how expensive the materials or how sophisticated the equipment are to develop interesting projects. After all, the approach of making the best out of what is available, or using off-the-shelf gadgets, could very well produce intuitive and humanized interactive design projects.

In an era of an ever-hungry generation for high-tech gadgets, the challenge of creating ‘the next awesomeness’ will depend on the creators’ ideas to materialize a fresh experience no one has ever seen before.

At the end of the day, like paints and canvases, digital media is just another medium of expression; transforming ideas with everyday objects and programmable sensors into a new kind of artful, engaging experience.

But originality is as dead as yesterday; and new junks are piling up as the life-span of high-tech gadgets are getting shorter and shorter. Perhaps rather than asking the question of ‘How much would an original idea cost?’ - The more interesting (and challenging) puzzle we ought to solve here would be ‘How can we turn waste into wonders?’ And that would probably be the answer to how one achieves low budget ideas for high tech experience when it comes to interactive design!

The Misconception of Fine Art and Its Career Value 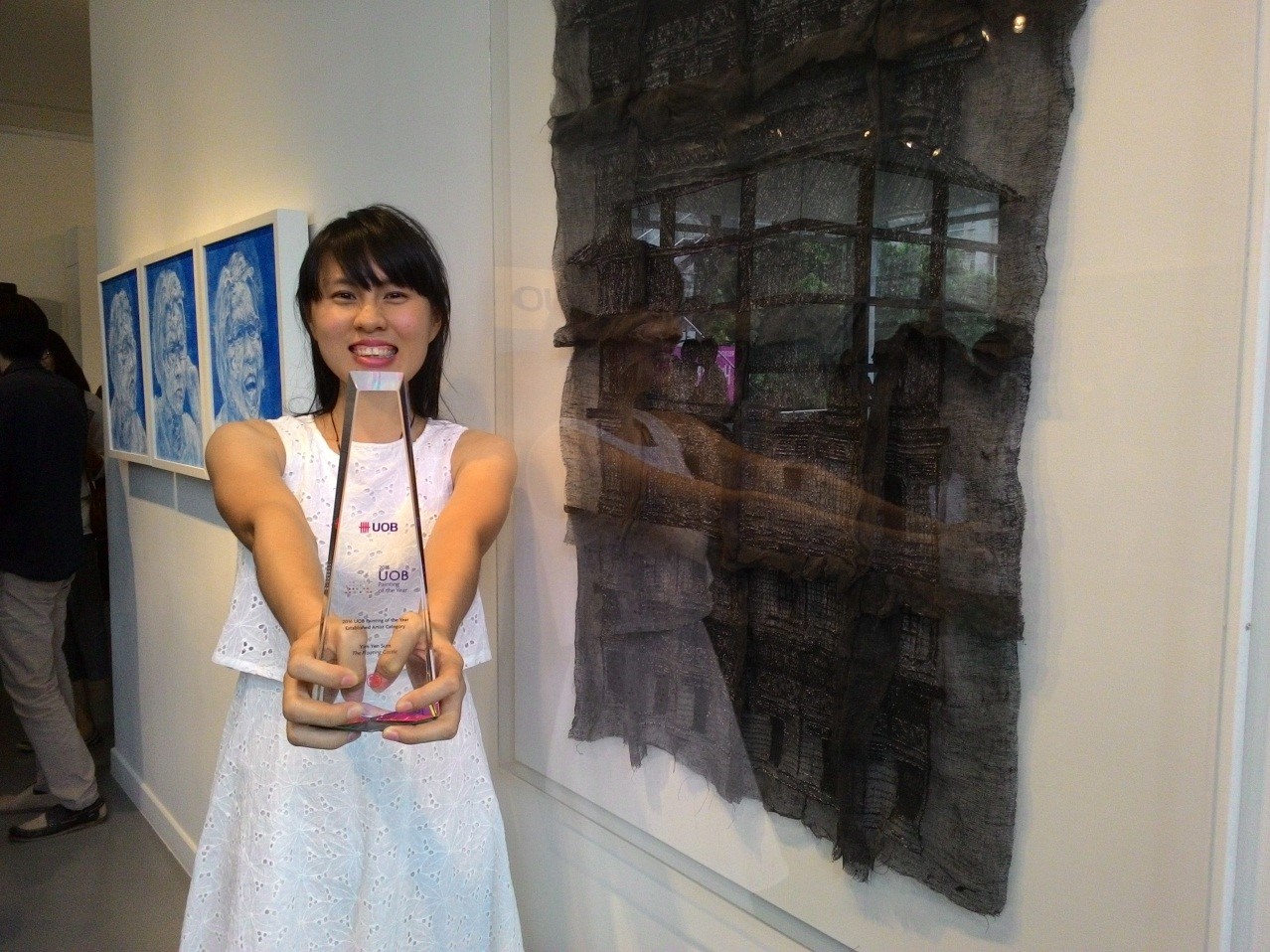 Dasein Academy Fine Art graduate Yim Yen Sum won the UOB Malaysia Painting of the Year 2016 award for her artwork titled The Floating Castle -sweeping away an impressive cash prize of US$25,000 (RM100, 000).

Why do banks, which happen to loan us mortgages to invest in houses; would invest in paintings? Contrary to stereotype impressions about artists, Andy Warhol once said, “Making money is art and working is art and good business is the best art.” But just how good is the business of selling art? Probably more than the average people would imagine, in fact.

According to Artnet, a database of auction sales, records show that 1.8 million works of fine art were offered at auction in 2012. And in 2013 alone, 47.3 billion Euros of art and antiques were sold by the world’s auction houses and dealers, an increase of more than 150% over the last decade.

It wouldn’t be surprised to know then those renowned banks across the world such as Deutsche Bank owns more than 50,000 pieces of paintings and JPMorgan Chase stores more than 30,000. In Malaysia, one of the biggest art patrons and collectors, Bank Negara, has begun its art collection since 1962. To date, the Bank Negara Museum and Art Gallery holds a humble collection of 2,000 works.

The biggest misconception about artists, however, is probably the one about artists being constantly struggling to make ends meet throughout their lives, and their paintings are valuable only after they are dead. But in fact, established artists alive today are prospering like never before!

Paintings from new emerging artist for instance, Columbian artist Oscar Murillo has rocketed from about $3,000 at his gallery, to almost $400,000 at an auction. Comparatively, Malaysian artists are still at their preliminary stage in terms of artistic returns, but the effort is starting to pay off, and with enormous rooms to grow.

Local talent, Gan Tee Sheng, a Dasein Academy Fine Art graduate, won the 2014 UOB Painting of the Year Award, swept away USD $25,000, followed by a sold-out of all his paintings at the group exhibition ‘Figurative Trajectories’. Although there is still a long way to reach the ranks of international masters, it’s a promising start indeed.

So can art and commerce really coexist as a serious career? While the insiders’ facts and figures seem assuring, most parents locally are still skeptical about having their kids to make a living as full-time artists. Perhaps the real problem is the lack of established art venues and culture within our society for the general public to realize the value of art. But who could blame them when we are living in a country where shopping malls are unjustifiably popularized over art museums?

Come to think of it, Andy Warhol did have a vision when he made supermarket packaging into works of art.

The Value of Brand Design for Humble Businesses

Most people would assume that a brand strategy or a marketing plan only works for big corporations backed with huge budgets to spend on advertising and promotion. Individual store owners and small businesses would probably regard the effort of branding as a luxury, an investment that is too costly in terms of business operation. To many, the idea of branding is probably at the bottom of the list of setting up a business, after storage and logistics.

But in fact, branding doesn’t have to be exclusively for the big boys only. Without the multi-layers of bureaucracy like those in big corporations, small and medium enterprises can be more daring and innovative when it comes to experimenting quirky ideas; carving own unique identity that represents the company’s brand image.

Little do humble business owners know that the value of investing in brand design is not always costly. The visual identity can be customized based on size, pace and budget if the right designers are reached.

It takes a long way to develop brand value and image over time. But all it takes to come through is passion, a genuine story to tell and an efficient design system. Not only do these businesses need branding to revamp their public presence, the trade of branding itself also needs to revamp its perception and value to be more approachable for aspiring entrepreneurs.

With globalization taking place, cities in the world tend to look identical with familiar and standardized trademark and design, which is boring. It is necessary for designers today to rekindle public interest towards the cultural diversity and rich identity of local enterprises too.

While global corporations needed giant branding schemes to communicate their brand values, individual businesses could still use brand design as a secret weapon to engage with their customers. By turning what seemed to be a disadvantage of limited-budget to an advantage, a simple smart brand solution could very well cater to certain niche to represent the voice of the company’s distinct brand identity. A brand that your customers could relate to like a friend, and that, is a brand value that is priceless.