A Word of Art

Jaideep Patel dives into the world of comics with Christopher Kuok, the sole scriptwriter for Tales of Pylea (ToP) a free-to-read online webcomic which is updated every Monday and available for viewing at talesofpylea.com/top. 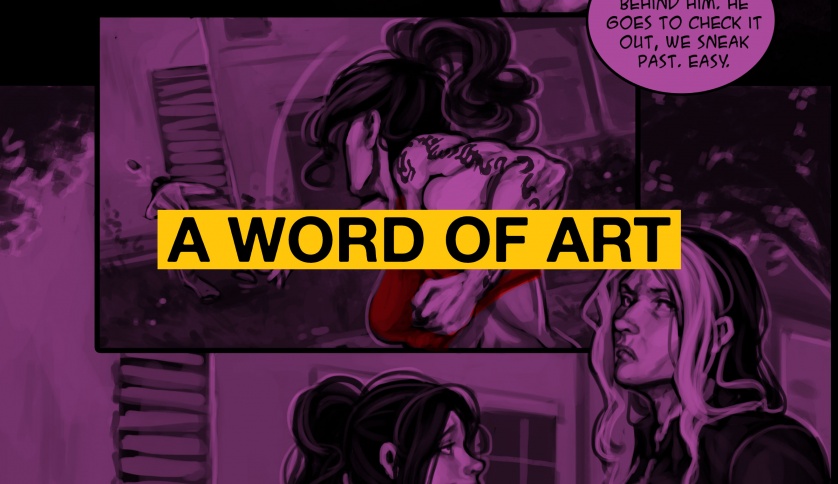 Saying that Christopher Kuok is a man of many words would be an understatement. Eloquent and expressive, he is the sole scriptwriter for Tales of Pylea (ToP) a free-to-read online webcomic which is updated every Monday and available for viewing at talesofpylea.com/top

How did you get started on ToP?

ToP is actually a reboot of illustrator Aimee Chow’s project back in college. Personally, I’ve always wanted to work in comics, especially on comics that dealt with elements of fantasy. I spent a lot of my college years playing Dungeons & Dragonsand I even collected comics at some point. Another thing that pushed me into comic scriptwriting was my experience working in a comic shop for almost two years. It was my first ‘serious’ job after high school.

What did you want ToP to achieve compared to what’s out there?

I’ve always found mainstream superhero comics to have pretty bad scriptwriting in general. It’s usually the same old rehashed stuff over and over again, because comic fans don’t like to see their Marvel or DC icons change and any significant alterations will often cause them to freak out.As a result of this, artists and scriptwriters are not given the opportunity to introduce new elements to the comics. On the other hand, there is amazing stuff coming out of the independent comic realm, and I hope to contribute to this via ToP.

How do you get started writing ToP scripts?

There is no set way of doings things when it comes to working on the script for comics. I didn’t really have much to refer to so I had to draw from various experiences. I studied at The Friends’ School in Hobart, Tasmania and did creative writing as part of my studies then. One of the courses was called Writer’s Workshop and we learnt a bunch of different script formats. One of these formats is called play scriptwriting, which is the scriptwriting employed for use in theatre. Since comics don’t really have a fixed script format, I wound up using this as my template. It may sound strange but it has worked well for me so far!

Do you think aspiring comic artists and scriptwriters in Malaysia are at a disadvantage?

Malaysia, due to the economy and currency, may not be the most conducive environment for comic artists in general. So what we did with ToP was target the American comic fans. Yes, I admit that one of the issues is that the US is swept up by the craze for mainstream comics such as Marvel and DC. But there are communities that expect something better, something new. There is always room for those who are creative and work hard towards achieving their goals.

What advice do you have for Malaysian arts students who want to work in comics?

Arts is an exceptionally difficult career path. It is difficult in any country, not just in Malaysia, because it’s one of those lines of work where being ‘alright’ is not good enough. In a 9-to-5 office job, you can be an OK worker and get by. In the creative industry, that is not an option. You either soar high, or you crash and burn.

Here's my advice: prepare for it to get really difficult. So build your own support networks, and find your own sources of inspiration. If you’re already involved in some arts-based project as a part-timer or freelancer, it's important to at least partially familiarise yourself with the work of other departments as it'll help you see things from their point of view and vice versa. Communication is key in teamwork.