#PeopleStories: A Woman Of Substance

Multifaceted caterer Amra Omar dishes up words of experience about the industry she works in and how she deals with it. 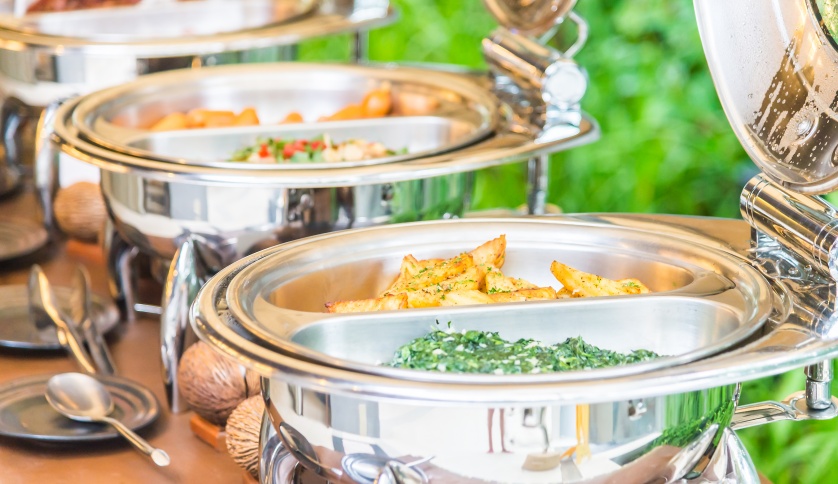 Amra Omar has turned her talent for cooking delicious dishes into the successful Amra Catering business, based in Sungai Buloh. Born in Perlis, Amra was recruited to train as a 'guru masak-masak' (culinary teacher) when she was 18. She underwent a three-month course in Penang and then went around the villages of Perlis, giving lessons in cooking through the Women's Institute clubs for women's development that were set up in villages at the time, in the 1980s.

After Amra married, she moved to Kuala Lumpur. Bored with housekeeping, she soon began taking sewing and hairstyling courses at the Anne International School of Tailoring in Petaling Jaya. Upon earning her diploma, she started her own hairstyling salon in Wisma Selangor, which she ran for several years.

During that time, she began to dabble in other fields. She did some part-time modelling and appeared in several advertisements. It was while she was eating an unremarkable catered meal during a TV commercial shoot that she first considered going into catering.

'I thought, "I could do better than this!"' she laughed. After that, she started doing catering on the side while still running her salon. The friends, acquaintances and contacts she made during her part-time modelling assignments became her first clients. Word of her business and her capability spread and before long, Amra decided to go into catering full-time.

That was 11 years ago. Today, Amra runs a catering business, a restaurant in Sungai Buloh and the canteen at the Metro Driving Academy in Subang. Among her clients are several advertisement and film production houses. She also held an exclusive catering contract with IBM Malaysia for a time.

These days, she mainly does catering for production houses, with jobs including local productions, Singaporean companies and even Bollywood film location shoots.

Catering for different clients involves taking into consideration their preferences and budgets. For smaller productions, Amra may be called upon to provide simple nasi bungkus (packed rice lunches); while larger, big-budget productions may order lavish lunch buffet spreads with more than 10 course choices.

She also has to adjust recipes to suit the clients' tastebuds reducing the amount of chillies and spicy seasonings when catering for a production with non-Malaysian crews, for example.

Her attention to detail extends beyond food as she also uses different types of utensils for the budget and location. For example, catering at offices requires more 'classy' utensils like glass and china, but catering for location shoots require more practical, non-breakable goods.

As a food service professional, Amra is careful to observe all health regulations and maintain high standards of hygiene in her catering and restaurant businesses. As well as requiring her staff to cover their hair and wear gloves while preparing food, she sends them for regular check-ups to ensure that they are healthy and fit to cook and serve food to paying customers.

It troubles her when she hears about other caterers who do not maintain similar standards and production houses that try to cut corners by hiring non-professional catering services.

'Every time I hear about actors falling ill while filming, I wonder about the quality of the food they have been eating,' she said.

Amra has delegated most of the cooking to her staff and now concentrates on managing her businesses. She is currently under exclusive contract to one film production house, though she accepts other appointments if they pique her interest. However, she still actively engages in learning new recipes to cater to the needs of her clients and then teaches her staff what she has learned. At the time of the interview, she had recently returned from a short course where she learned how to make Johor-style briyani rice, a popular dish at wedding dinners.

She is also open to adopt the suggestions of her staff to add variety to her menu. For example, the ice kacang served at her restaurant has a delicious addition based on a suggestion by one of her cooks from Thailand. In the Thai version of ice kacang, fresh mango is used; Amra adapted the idea to local tastes by using cubes of mango-flavoured nata de coco instead.

As the owner of two thriving businesses, Amra is in a position to hang up her apron and count her profits Ã¢â‚¬' but 'Saya tak suka duduk diam (I don't like to just sit still),' she laughed.

coursesmalaysia.com brings you the details of everything you need to know before setting your foot in Culinary Arts .

TVET: What Is It All About?

coursesmalaysia makes a case for TVET and why it can be a study option for many Malaysian students to consider.