If being a Pastry Chef is your ambition, read below as Chef Chan Eng Hua, a chef at the Sheraton Imperial Kuala Lumpur Hotel share his career journey! 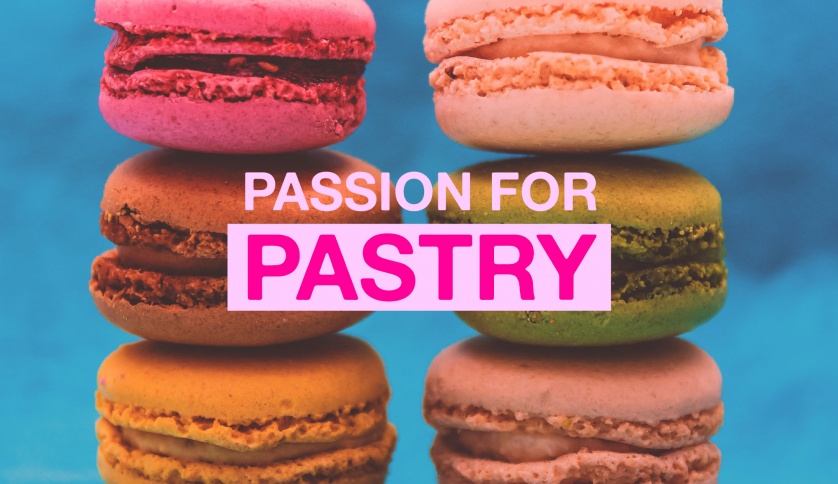 Chef Chan Eng Hua started his professional culinary career in the Chinese kitchen of a well-known local hotel. After a few months, he decided that Chinese cookery was not for him and requested a transfer to the patisserie department.

Part of the reason was that he craved the independence and creativity allowed in patisserie. 'In patisserie, you can do everything yourself from scratch - from baking the cake to finishing the decoration,' he explained.

Since his transfer to patisserie, he has never looked back. He trained under several experienced patissiers, learning the skills from scratch. Today, Chef Chan leads the pastry team at the Sheraton Imperial Kuala Lumpur Hotel, where he is in charge of the daily Western dessert and bakery production for the hotel's F&B outlets and banquet facilities. Basically, his kitchen is responsible for all the Western-style desserts served at the hotel.

Setting the mise en place It could be said that pastry runs in Chef Chan's blood. He recalls that as a child growing up in Malacca, he saw his grandparents making cookies, pineapple tarts and other treats for small-scale sales during festive occasions. His father was also very interested in baking and cake decorating Ã¢â‚¬' even doing a wedding cake decorating course in Australia at one point Ã¢â‚¬' though he himself never went into the business.

For Chef Chan, there is no better way to train to be a master chef than to apprentice in a professional kitchen. 'I didn't go to college like some of the students do now,' he said. 'Since I became a pastry chef I have been on advanced short courses in Switzerland and France, covering pastry, chocolate and dessert techniques.'

The road to Lyon

Chef Chan has been entering and winning local and regional pastry competitions for more than 10 years, starting with a silver and bronze medal in the 1999 Pastry Culinary Malaysia competition. Catching the attention of the Chefs Association of Malaysia (CAM), Chef Chan was recruited to the Malaysian team for the Asian World Pastry Cup in Singapore in April 2008, the Asian elimination round for the Coupe du Monde de la Patisserie (World Pastry Cup) held in January 2009 in Lyon, France. His motive for taking part, he said, was the opportunity to improve his knowledge of the profession and gain experience that he could not get in any other way.

At the Asian World Pastry Cup, Malaysia came in fourth out of 10 teams, winning in the Best Plated Dessert category. Although only the top three teams were to be given the chance to compete in Lyon originally, World Pastry Cup President-Founder Gabriel Paillasson was so impressed by the talented Malaysian team that he unexpectedly announced at the awards ceremony, 'Due to the fantastic work by the participants, I will be selecting four top teams instead of three.' Thus, the Malaysian team was given a special entry ticket to Lyon.

Chef Chan was in charge of the chocolate showpiece and dessert. The chocolate dessert was his own original recipe, a chocolate almond sponge cake layered with caramelised bananas, chocolate mousse, passion fruit and mango.

Preparation began five months before the competition, as the team members met and practised together once a week. It was truly a nationwide effort as CAM members from around the country were present at each practice session to observe and make suggestions.

The competition takes place in a huge arena-like kitchen, where all 22 participating teams work on their entries at the same time. Chef Chan described the competition atmosphere as something like a football match, with supporters from each country turning out to cheer their teams. Due to their rigorous practice sessions, the Malaysian team's efforts went off without a hitch at the event itself. Eventually, the Malaysian team garnered 12th place overall out of the 22 teams participating. As this is only Malaysia's second outing in the international competition, future teams certainly will have a tough act to follow.

Today, Chef Chan is busy overseeing the patisserie services at the Sheraton Imperial Kuala Lumpur Hotel, where he also conducts regular training for his staff from the apprentices to his assistants. He also keeps himself up to date with the latest patisserie techniques through reading magazines and industry publications. That's how he gets his inspiration, he says. He also enjoys experimenting with coming up with different flavourings for cakes.

These days, he's leaving the competitions to the younger chefs. He is still active in advising, training and sharing knowledge in local chef circles as well as his own staff. 'Teaching is my favourite part of the job,' he says. 'You need to transfer your skills to your people.'